The Best Golf Courses in Italy

What makes one golf course better than another? The discriminants are different, from the beauty of the landscape to the aesthetics and balance in the design of the course, from the difficulty of completion to the way in which it enhances the technical characteristics of the player, from the refinement of the clubhouse to careful maintenance, to continue with the Palmares and the prestigious tradition (given precisely by the hosted tournaments).

Based on these factors, we have selected some clubs that we consider most interesting within the national panorama:

Located in a very suggestive context (in the Viterbo countryside ), Golf Le Querce , in addition to being the seat of the Federal Technical Center, has several advantages: it enhances the player's power with long holes (18 total), greens placed in high positions and wind, which often blows against the trajectory of the shot; it was also the scene of an unforgettable edition of the World Cup in 1991. 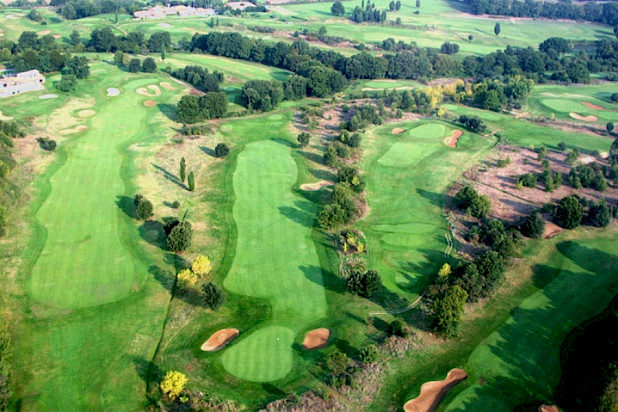 The Golf Villa d'Este , located on the shores of Lake Montorfano, in the Como hills, is one of the most prestigious and exclusive in Italy. Among those who have tried their hand at its 18-hole course, it boasts names of gifts (Leopold of Belgium) and movie stars (Clark Gable). It has hosted several editions of the Italian international championships and with its narrow fairways and small greens, it is ideal for honing the accuracy of shots. 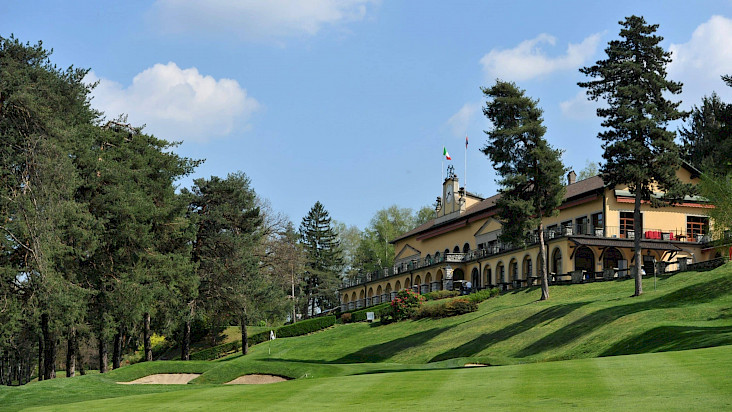 The Pevero Golf owes so much of its charm to the panorama, an 18-hole course that is not easy to complete, especially due to the wind; perfectly set in the enchanting panorama of the Costa Smeralda, it is located near Olbia. 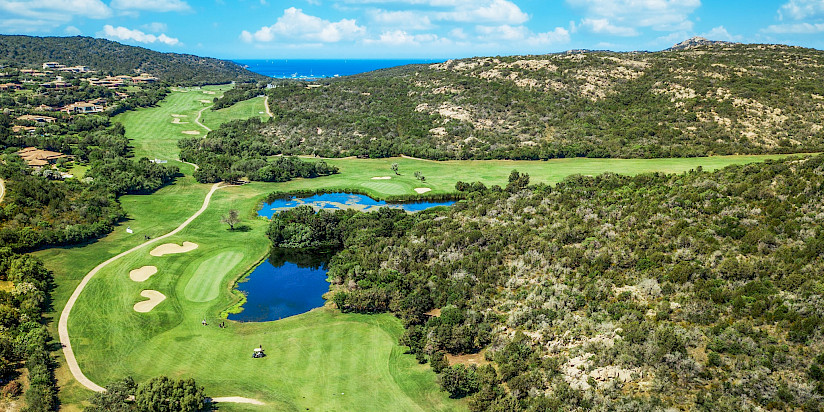 Among the most exclusive clubs we cannot fail to mention the Roma Acquasanta Golf Club , on the Appia Antica. In addition to being among the oldest in our country (1903), over the years it has also entertained various crowned heads. The location also contributes to its prestige, overlooking the Claudian Aqueduct and the tomb of Cecilia Metella. Although its course (18 holes) is not easy due to the continuous ups and downs - which unfold among the maritime pines -, Acquasanta is one of the most active clubs in bringing young people to this sport.

If you want to eat in a context of undoubted scenographic impact, the Chervò Golf San Vigilio in Pozzolengo (BS) is a must: with a brazier with suspended hood in the center of the room and a very refined context on the upper floor, dominated by a large terrace, its club house was elected the most beautiful in Italy. Members can indulge themselves with 36 total holes, 27 of which are divided into 3 competition courses plus 9 executive courses for practicing; that all this remains a stone's throw from the suggestive shores of Lake Garda then it doesn't hurt.

The Monticello Golf Club , a 36 hole course in Brianza , is the largest course in Italy. It owes much of its fame to the excellence of the golf school - considered by many to be the best in Italy - the Eagle Golf Academy . The best talent to come out of it is Matteo Manassero.

Defined by many - including the authoritative Golf Digest magazine - the most beautiful Golf in Italy, Olgiata is located on the outskirts of Rome and offers its members 27 holes scattered in a pine forest, 3 putting greens and a driving range. In addition to the elegant club house, it also features a gym and swimming pool.

The internationally recognized Le Betulle di Biella Golf Club cannot be missing from this list : an 18 hole course designed in an unsurpassed way by one of the masters of the sector, the English architect John Morrison.

The Golf Torino La Mandria , in the municipality of Fiano Torinese , is located in the splendid setting of the park of the same name, formerly a hunting reserve of the Savoy, and is close to the Reggia di Venaria Reale. Its undoubted prestige is due to the palmares, the most successful in Italy. Its members have 36 holes at their disposal plus 18 on the putting green and as many as 100 positions on the driving range. The difficulty of the routes, which puts a strain on technical expertise, is given by the high number of natural obstacles scattered throughout them.

The Royal Park I Roveri , 36 holes, is also immersed in Fiano Torinese , in the Mandria Regional Park; its strengths, as well as the undisputed beauty of the landscape, are given by the prestige of hosting the Italian Open and by the extreme care with which the maintenance of the turf is carried out (under the aegis of the Park Authority ), exclusively with organic products.

Another wonderful park that houses a playground, but this time we change the region. The Milano Golf Club is a 27 hole course which, despite its name, is located in Monza to be precise ; it is one of the most exclusive both for the luxuriance of nature in which the route unfolds (the Royal Park of Monza in fact), and for the undisputed beauty of the clubhouse.

In the province of Novara, precisely in Agrate Conturbia , the sumptuous structure of the Castelconturbia Golf Club stands out , a 27-hole course that extends over an area of ​​over one million square meters. Among the attractions of the structure there is the Monte Rosa massif that stands out in the background, as well as the prestige of having hosted the Italian Open. It is among the ten best courses in Europe.

The Bergamo L'Albenza Golf Club is located in Lombardy, in Almenno San Bartolomeo (in the province of Bergamo in fact) and is one of the best known and appreciated nationally and internationally. The landscape of its three 9-hole courses - where every year over 100 competitions are held -, on the edge of the Orobic hills, certainly does not leave you indifferent.

The Verdura Golf in Sciacca (Agrigento) includes paths for a total of 45 holes, which wind on a plateau, in a wonderful corner of Sicily with mountains on one side and sea on the other. Without doubt one of the most beautiful golf clubs in Europe, it was awarded for its Spa (best in Italy) in 2013.

We could continue this list, but what matters is to underline how our country now offers golfers, Italian and foreign, facilities that have absolutely nothing to envy to the rest of the world 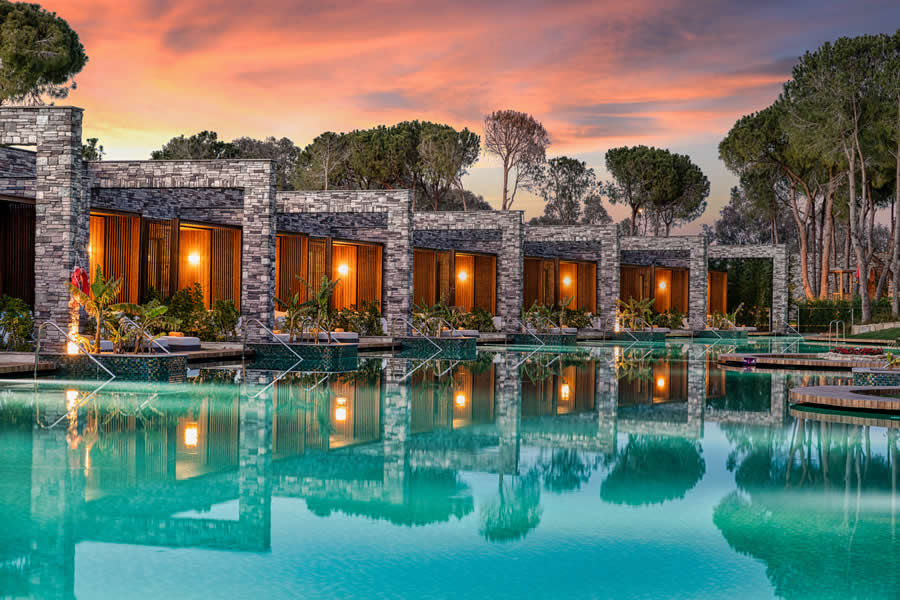 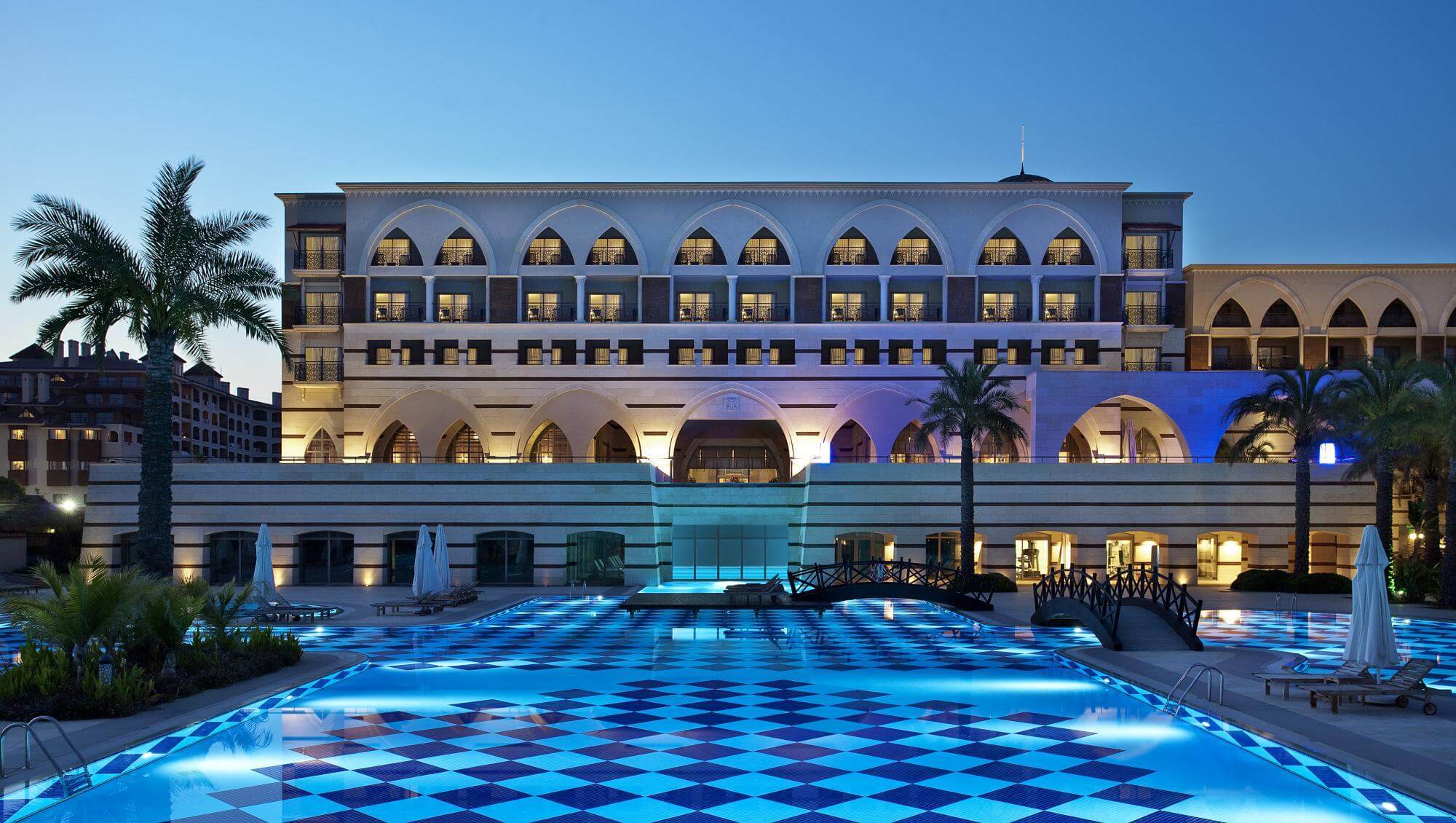 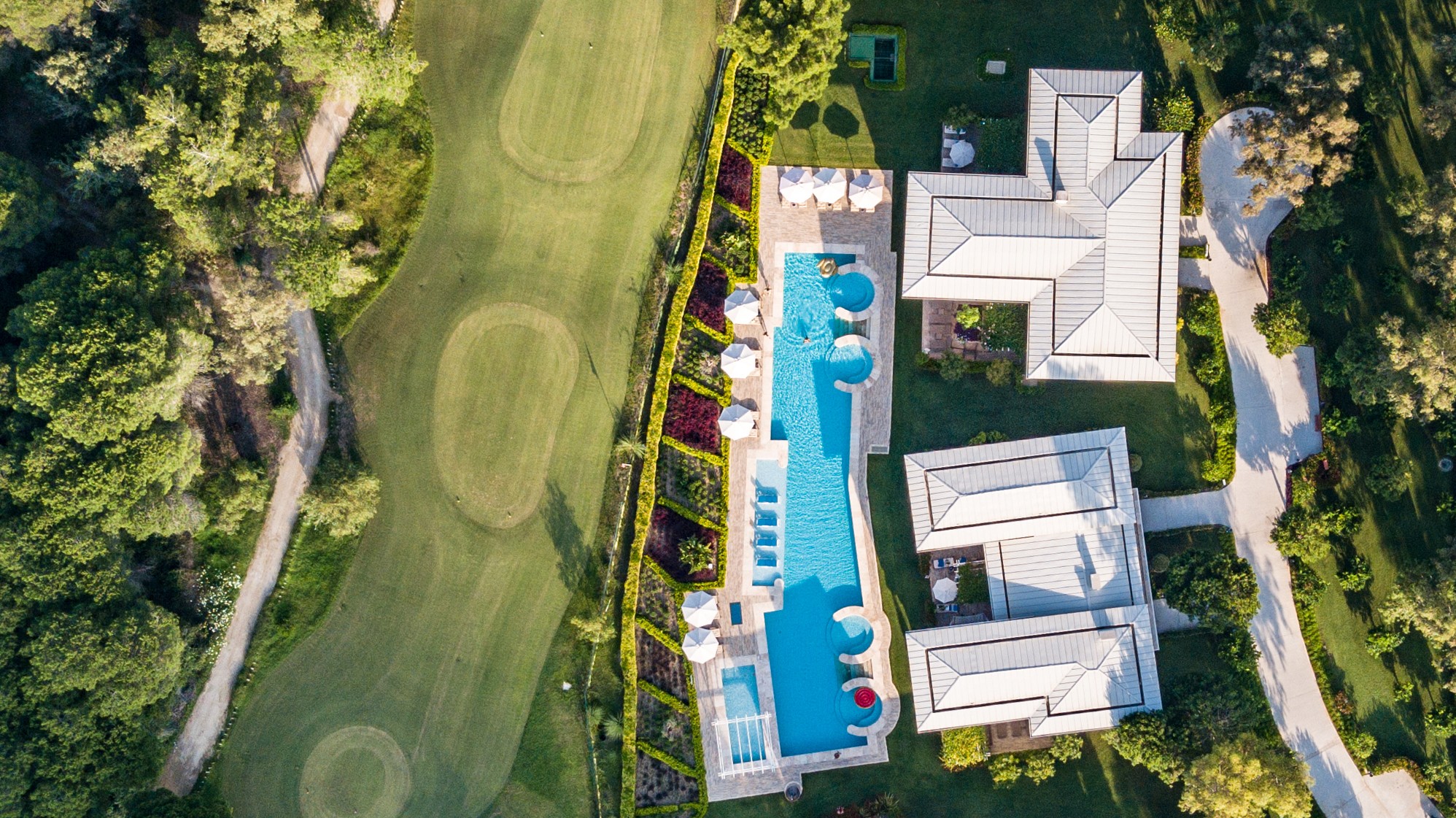 Azure Villas by Cornelia Hotels - Privacy is the New Luxury 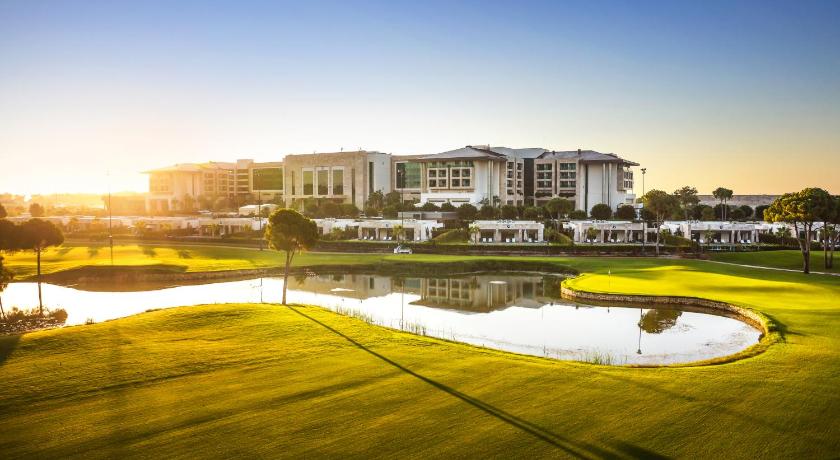 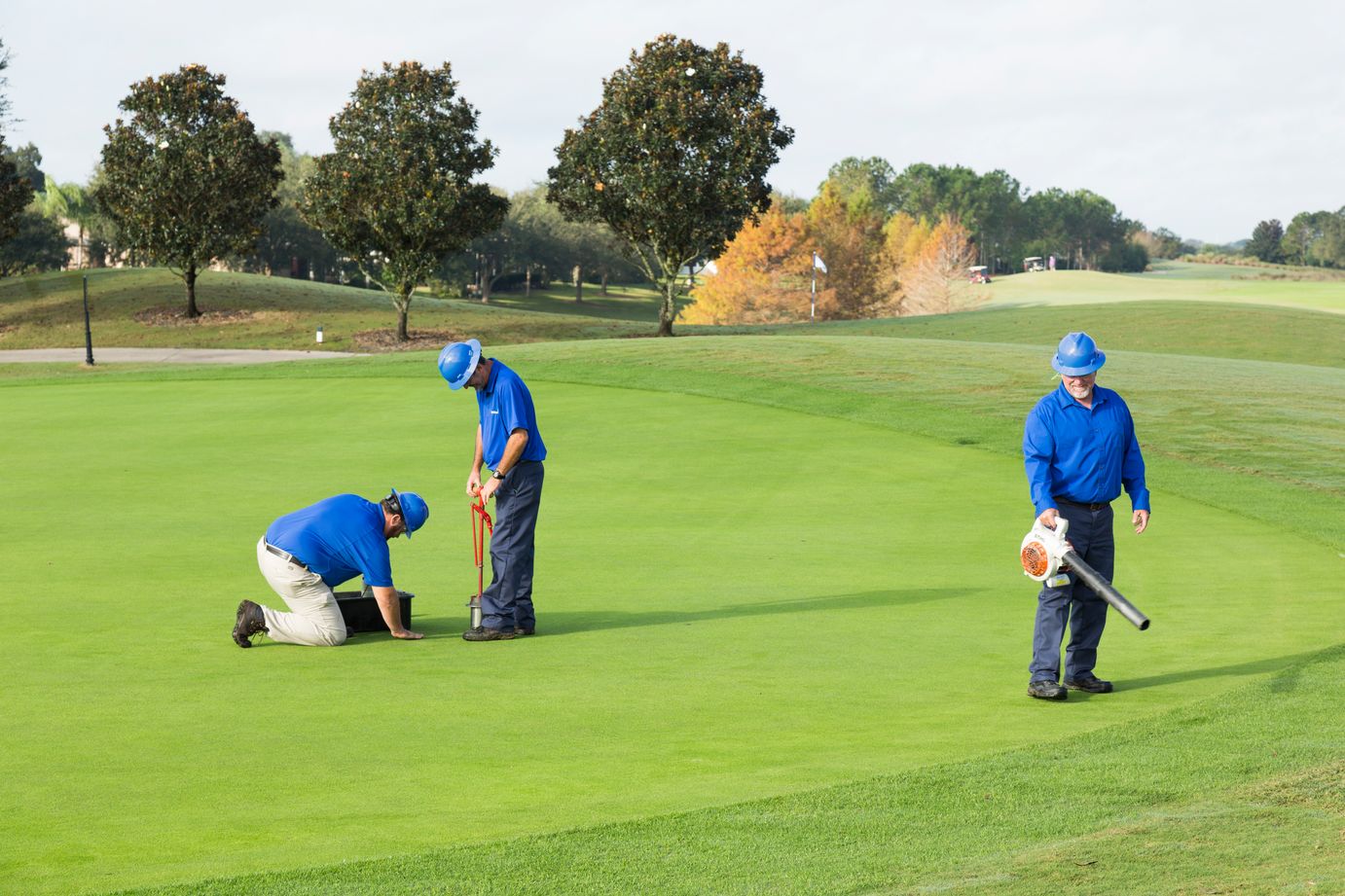